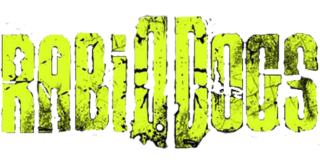 Rabid Dogs is a trio formed in 2009 in Atessa, Italy.
Their music is a fusion of grindcore, sludge and raw rock & roll, melting it all with pulp and cinematic lyrics.
After an early demo, in 2011 the band released their homonym debut album and started an intense live activity across all Europe.
Since then, others 2 full-lenghts and 1 EP were released, evolving their sound in something more original and gaining the stage of important European festivals.
Now the band is working on their 4th full-lenght, prosecuting their path of excess, bad taste and hopeless rock ‘n’ roll!